Former Bournemouth manager Eddie Howe is on the radar of Premier League club Crystal Palace according to Sky Sports. It was reported that Celtic target Howe is one of the managers being considered for the Palace job. 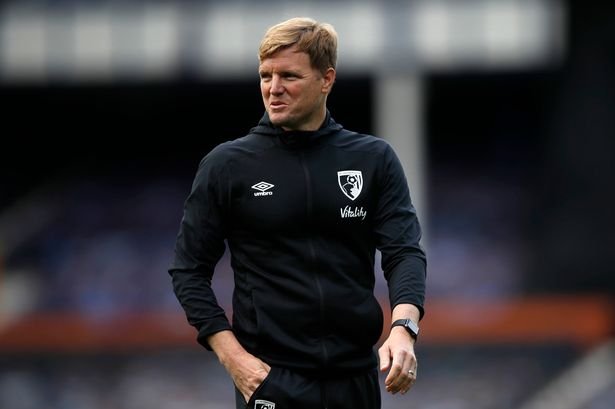 South Londoners Crystal Palace are in the hunt for a new manager following the announcement that current boss Roy Hodgson will leave the role when his contract expires this summer. Experienced manager Hodgson has been at the club for over three years. He has led Palace to mid-table in each of the last three seasons and the club has decided to move in a new direction ahead of next season.


Howe is one of the best young managers in English football and he has been seriously linked with the managerial job at Scottish Premiership giants Celtic. Celtic are looking for a new permanent manager after Neil Lennon resigned from the role earlier this year. Since the exit of former player Lennon, another former player John Kennedy has been in charge of the team on a temporary basis.

Apart from Howe, Celtic have also been linked with other managers like ex-Huddersfield Town and Schalke 04 coach David Wagner and former Ipswich Town boss Roy Keane.

Howe is also on the list of possible managerial targets at  Crystal Palace as reported by Sky Sports. Apart from Howe, Barnsley manager Valerien Ismael and Chelsea legend Frank Lampard also made the list.

Ismael has led Barnsley to the English Championship playoffs against all expectations though he has his work cut out after Welsh team Swansea City took a 1-0 lead at the home of the Tykes in the first leg of their playoff semi-finals. Barnsley will have to beat Swansea City away from home in the second leg to qualify for the playoff final.

For Lampard, the Chelsea legend has already managed the Blues and Derby County in his short managerial career.