Scottish Premiership champs Celtic are clear to feature in the UEFA Champions League playoff after seeing off Rosenborg in the third round of the qualifiers.

The first half of the second leg at Rosenborg was rather slow but the visitors created more chances. After the break, Rosenborg pressurized their guests. Celtic managed the pressure, getting the goal from the right in the 69th minute. Their rivals made last minute push but they could not get the equalizer.

Celtic would square up against Astana, Rijeka, Qarabag and either of Hapoel Beer Sheva or Slavia Prague in the next round. The Scottish side is expected to qualify from the playoff. They defeated the Israeli side Hapoel and Kazakh club Astana last year. Rijeka and Qarabag should be defeated as well. END_OF_DOCUMENT_TOKEN_TO_BE_REPLACED

Five Celtic stars have been included in the Under-20 Scottish team to participate in the forthcoming Toulon Tournament this month with Brazil, Indonesia and Czech Republic set to participate.

Coach Scot Gemmill is the man to lead the youngsters to the summer event.

Aidan Nesbitt, Jamie McCart, Ross Doohan, Anthony Ralston and Joe Thompson are the Hoops stars named in the squad. Mikey Johnston missed the list as he is out injured. Scotland and Ireland are in a battle for the Scottish Premier League winner. 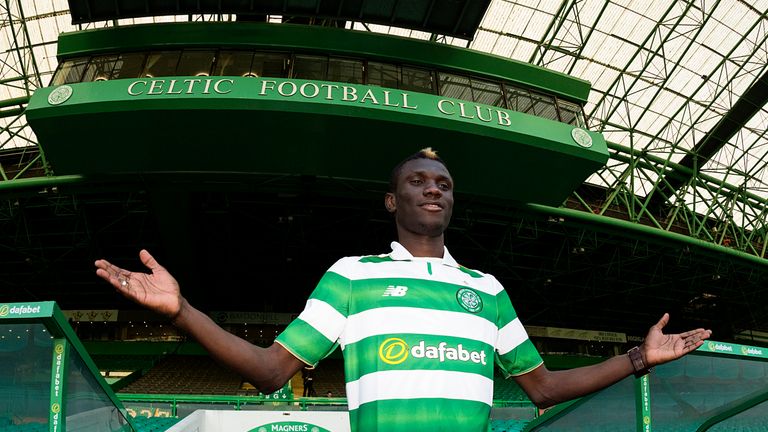 He said that he is not worried by the competition at Celtic as he is more focused on his development at the moment. Indeed there is no shortage of midfielders in the current Celtic squad, and EboueKouassi may have a hard time in getting playing time initially. END_OF_DOCUMENT_TOKEN_TO_BE_REPLACED

Jozo Simunovic insists he is fully concentrated on his future with Celtic after his deadline-day transfer to Italian side Torino fell through.

Prevalent reports claimed that the Croatia international that has been plagued by injury since he arrived at Celtic last summer failed a medical with the Italian Serie A club.

The 22-year-old has however taken to social media to shed light on the rumour and put the record straight, claiming lack of agreement between the two clubs over transfer terms scuttled the move.

Celtic was keen to have Simunovic offloaded to Italy on a permanent contract, but it is believed Torino was looking for an initial loan switch with the option of signing him on a permanent basis if he impresses.

“A lot has been said in the last few days. I prefer to talk on the field but this time I want to say something to the Celtic fans that have always supported me, and as a player that means a lot to me. END_OF_DOCUMENT_TOKEN_TO_BE_REPLACED

Ronny Deila has been linked with the Norwegian job as the squad go on a losing spree.

They were disgraced by Germany 3-0, and were defeated by Azerbaijan 1-0. Current manager of the national team Per-Matthias Hogmo is under intense pressure from all quarters with the loses in both World Cup qualifying games.

Former Celtic coach Ronny Deila is likely the replacement as the country seeks a change in fortunes ahead of Russia 2018. Norway is poised to face San Marino at home, and the game seems to be the major decider if Hogmo is to remain. Aside Deila, former Manchester United striker Ole Gunnar and Stale Solbakken are among three possible replacements if Hogmo is fired.

Deila left the Scottish side after two difficult years at Parkhead. The former Hoops manager won the Premiership two times and also lifted a League Cup but due to lack of European success, he was dismissed. A semi final loss to Rangers in the Scottish Cup contributed to his dismissal as well. He is set to take charge of Norwegian club Valerenga in the New Year. Despite his experiences, there are many obstacles hindering him from the managerial role.
Denmark international coach Age Hareide backed Solbaken, a former Wolves boss, to get the job ahead of Deila.

“Stale Solbakken has done a fantastic job with FC Copenhagen. If he wants it, Norway should take him, definitely,” END_OF_DOCUMENT_TOKEN_TO_BE_REPLACED

Celtic is set to welcome their opponents, the champions of Gibraltar when they visit Glasgow next week Wednesday for the second leg of the second qualifying round. END_OF_DOCUMENT_TOKEN_TO_BE_REPLACED

“He has worked with me previously, he is someone I know and trust and he will be a great addition to my team and to the club.”  END_OF_DOCUMENT_TOKEN_TO_BE_REPLACED The visitors will get their reward in the 64th minute when Murdoch managed to score an excellent goal to put them level. END_OF_DOCUMENT_TOKEN_TO_BE_REPLACED

With the kind of criticism that the English player has received on Twitter, the chances are that he will not stay for long at Celtic. END_OF_DOCUMENT_TOKEN_TO_BE_REPLACED

Celtic FC is currently positioned at the top of the Scottish Premiership League but even though they are leading the way and are on their way of securing their 5th successive domestic league title, things aren’t all great for the manager of the squad, Ronny Deila who is being rumored on getting sacked if negative results arrive within the next few weeks or months.

Ronny Deila and his men have only suffered 2 losses in their opening 20 league matches which is an impressive record but even though there has only been a few slip ups, it has been enough for the rumors to emerge claiming that Deila might be on his way out of Celtic but this is mainly due to their early exit from the Europa League.

The domestic league run of Celtic FC is so far going impressively and they are the favorites of defending their Scottish Premiership title but things didn’t go so well for them in the UEFA Europa League as they were knocked out after having sustained consecutive defeats against Molde and Ajax and eventually drawing with Fenerbahce in their last Europa League match which resulted with the Scottish champions being unable to make it past the group stages.

Celtic FC is a club that has consistently been able to compete in the Champions League and even though they might not be at the same level as Europe’s biggest clubs, the Scottish outfit still show their worth in the prestigious competition and having sustained such an early exit from the UEFA Europa League is a huge surprise and it’s a disappointing thing to see as their fans watched Celtic struggle in the Europa League as they failed to win a single match and finish at the bottom of Group A with 3 points. END_OF_DOCUMENT_TOKEN_TO_BE_REPLACED